The Call of the Canyon

“The Call of the Canyon.” Imagine for a moment that you’re sitting in a raft early morning looking up with the sun streaming out over the canyon walls on the Colorado River. That is what I was aiming for when I painted this contemporary art landscape of the Grand Canyon.

My reference photos (6) came from two friends of mine, Rusty Albertson, and Jan Taylor, a Sedona resident, and an avocational geologist. Jan says, “I’ve rafted the Grand Canyon 18 times since 2000, and I’m not done; the Canyon keeps calling me back.” That’s when I decided that the title of this southwest landscape should be “The Call of the Canyon.”

Can you spot the dragon’s head? These images just show up sometimes without my intention of creating them.

To see more about my creative process as a whimsical expressionist click here.

Being a Sedona artist, painting contemporary art, I wanted to keep the flavor of the Red Rocks of the Sedona landscape, while venturing out beyond Sedona itself into the Sonoran desert. Here in the southwest and Sedona, in particular, the scenery does more than fill space. Potent in its influence upon all who visit here, the landscape is a character in and of itself showing off the beautiful Arizona desert, with its many forms of cactus and canyons.

The Call of the Canyon

Zane wrote 64 novels, ten non-fiction books, and numerous articles on hunting, fishing, and baseball. Over 130 movies were based on his Western stories, and “Riders of the Purple Sage,” considered to be his most exceptional novel, continues to sell between 500,000 and one million copies yearly.

Hollywood Comes Back to Sedona

There was a 7-year break before the movie industry came back to Sedona. However, in 1930, they did come back, and for many years following that, movies were being shot in Sedona with some regularity. John Wayne, James Stewart, Rock Hudson, Donna Reed, Richard Widmark, Sterling Hayden, Joan Crawford, Glenn Ford, Henry Fonda, and Elvis Presley all filmed movies in Sedona

It is hard to pin down exactly how many movies, television shows, and commercials were filmed in Sedona, as different sources vary. However, it appears that about 100 movies have been shot in the beautiful red rocks of Sedona.

Sedona’s Landscape As a Backdrop

Some of these movies were filmed entirely in Sedona, some in Sedona and surrounding areas, and some only filmed a few critical scenes in Sedona. Around 30 television shows have used Sedona as a backdrop, some for an episode, and some for the entire run of the show. Numerous commercials have also filmed in Sedona. As the making of western movies declined, so has the number of movies made in Sedona. However, some movies are still shot in the area, just not as often as in the past.

To see more about my creative process as a whimsical expressionist click here. 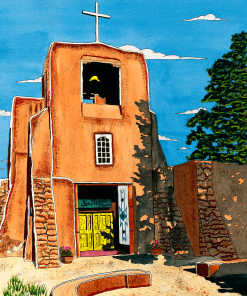 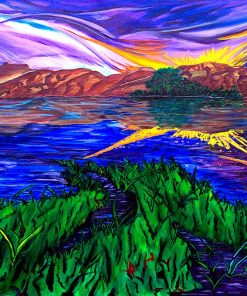 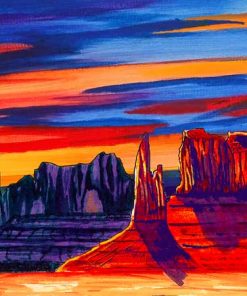 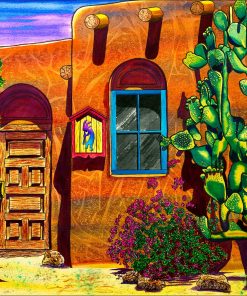 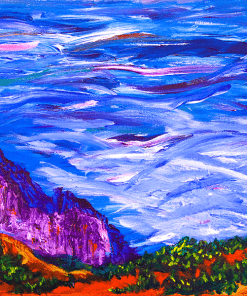 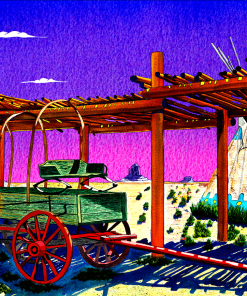 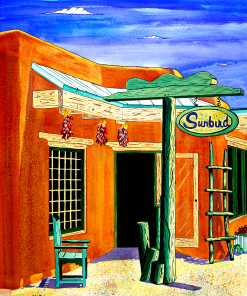 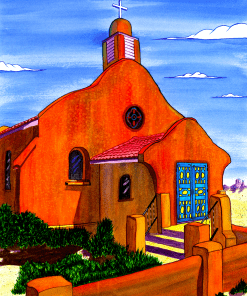