This Sedona landscape painting of Sedona’s 1st Light with its sunrise over Sedona’s Cathedral Rock. Get lost in this daydream of its whimsically vibrant & colorful sky reflecting in the chilly waters below.

This southwest Sedona landscape painting, Sedona’s 1st Light, was inspired, on the first level, by the apparent majestic and magical beauty of dawn’s early light. The reflections are seen here on Cathedral Rock and its flowing waters below.  On a broader and more personal level, this picturesque scene is symbolic of the first Light of awareness reflecting my consciousness. It was the consciousness that awakened me to a new appreciation of the magical beauty and flow of Life itself within and around me that I delight-in daily.

One might claim that whimsical and magical Sedona began 350 million years ago. That’s how long it has taken for Nature to form our red rocks by earth thrusts, sea changes, and erosion forces. Or maybe 1000 years ago, when primitive hunter-gatherers evolved into the Native Americans we know as Sinagua, who farmed and traded with faraway tribes. Today Sedona sees over 3.5 million visitors yearly. Uptown Sedona is dense with New Age Shops, spas, and art galleries. Selling Sedona Landscape paintings In addition to the Uptown scene, 1.8 million acres of national forest surrounds Sedona.

Creation on a deep level

Sedona located in the Upper Sonoran Desert of northern Arizona. The Sonoran desert where Saguaro Cactus primarily grow. When this cactus blooms, it is at night, which is pollinated by bats and is the state flower. By the way, the Cactus Wren that creates holes in it to nest is called a boot. The Cactus Wren is the state bird. The famous red rocks of Sedona formed by a layer of rock known as the Schnebly Hill Formation. The Schnebly Hill Formation is a thick layer of red to orange-colored sandstone found only in the Sedona vicinity. The sandstone, a member of the Supai Group, was deposited during the Permian Period.

This Sedona landscape painting of Sedona’s 1st light is still available in a framed version, in addition to Sedona Art Prints. 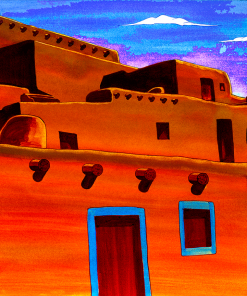 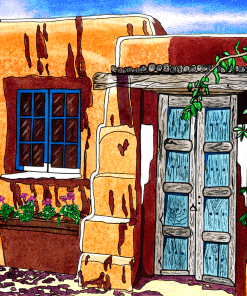 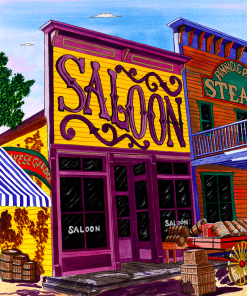 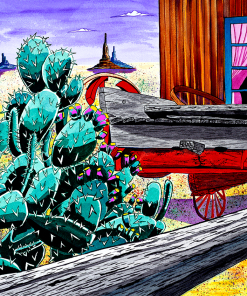 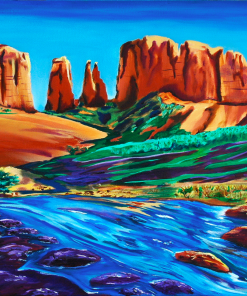 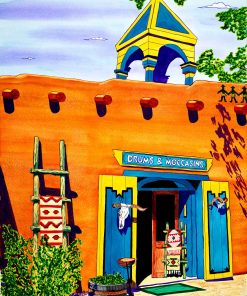