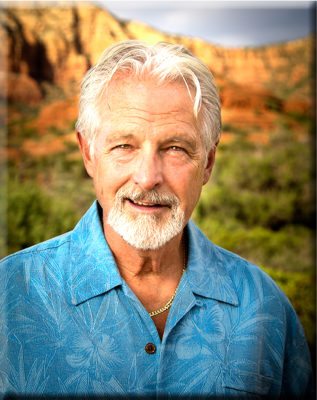 Clark Sheppard (“Shep”) of Sedona Art Studios creates vivid, mystical landscapes paintings that are inspired by the magic and beauty of Sedona.

Largely self-taught, Sheppard’s stylized paintings capture the essence of the southwest. His signature qualities shine through all his work: a fearless, virtuosic use of color, an expansive feeling of space and freedom, and distinctively patterned skies.

Sheppard’s work is held in private and public collections; including the licensing of his painting “Creekside Cathedral” to Warner Bros. for their media series “Snatchers.” In 2019, twelve original paintings were selected for the “American Contemporary Art Show” in Guangzhou, China; this body of work was a sold-out exhibition to private collectors.

When in Sedona, visit  The Village Gallery, located at the intersection of Highway 179 and the Cortez Dr. roundabout in the scenic Village of Oak Creek at the southern portal of Sedona, AZ.  The gallery is located two hours north of Phoenix and one hour south of Flagstaff.

“Inspiration exists, but it has to find us working” ~ Pablo Picasso